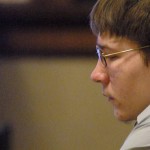 The internet has a lot of feelings about the Steven Avery case, as laid out in Making a Murderer, and most of them are feelings of rage. For the uninitiated few who’ve managed to miss the buzz, the Netflix documentary follows Avery’s conviction for the 2005 murder of Wisconsin photographer Teresa Halbach. And while Avery’s conviction has sparked controversy among viewers, the involvement of his nephew, Brendan Dassey, is arguably a better example of a miscarriage of justice.

“Steven’s case, almost any case, reveals some systemic weaknesses or things we should try to improve, not just in one case but across the workings of the justice system,” Avery’s defense attorney, Dean Strang, told the Capital Times. “For me at least, those flaws were revealed in sharper relief and more vividly in Brendan’s case.” Read More »