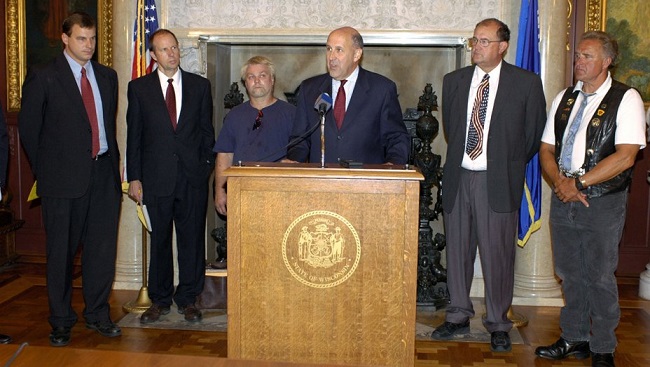 Laura Ricciardi and Moira Demos, the filmmakers behind the buzzed-about docuseries, will give a master class in the Canadian Rockies.

Netflix’s landmark docuseries Making a Murdererwill be feted at the Banff World Media Festival as the 2016 Program of the Year.

Laura Ricciardi and Moira Demos, the creators of the popular series about Steven Avery, who had a rape conviction overturned before being convicted of murder, will be on hand to receive the award at the Banff Rockie Awards.

Ricciardi and Demos will also give a master class in Banff on their 10-part series that has the factual TV world looking for their next true crime series. The creative duo may have news on a possible second season pickup by Netflix for the docuseries.

The water-cooler effect of Making a Murderer resulted in tens of thousands of people calling for the reopening of the Teresa Halbach murder investigation that led to Avery’s conviction, and even resulted in a petition to the White House for President Obama to pardon him.

“Making A Murderer is one of those riveting programs that come around once in a lifetime,” Ferne Cohen, the Banff festival executive director, said in a statement. Avery served 18 years in prison for sexual assault out of Manitowoc County, Wis., for which he was exonerated by DNA evidence in 2003.

In 2005, Avery was convicted of the murder of 25-year-old Halbach. Avery’s nephew, Brendan Dassey, was also convicted for the same murder. Dassey’s lawyers argued his confession to authorities was coerced. The Netflix series, which premiered in December 2015, raises numerous questions on whether Avery committed the murder or was framed.

The Banff World Media Festival is set to run from June 12-15 in the Canadian Rockies.