Most people think of Steven Avery when they think about the Netflix hit documentary, ‘Making a Murderer’ (MaM), that began airing in December 2015. If you’re reading this article, then you are aware of the story so there is no need for me to rehash it for you. While what has happened to Steven, TWICE, is incredibly sad, what has happened to Brendan Dassey is just as bad if not worse. 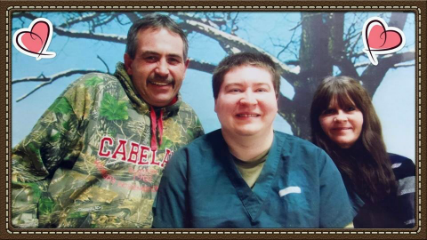 Brendan was just a sweet 16-year-old boy with a low IQ when he was questioned over and over by law enforcement officials about a missing woman. They questioned him without a lawyer or even a parent present. Brendan was like most kids, if an authority figure talks to you then you have to answer them. He didn’t know any better. Many adults don’t know any better for that matter. They told him he would get to leave if he just said what they wanted to hear. They kept fishing and Brendan kept trying to think up the things to say that would make them happy so he could get back to class. It is absolutely disgusting what Manitowoc has done to that poor boy. 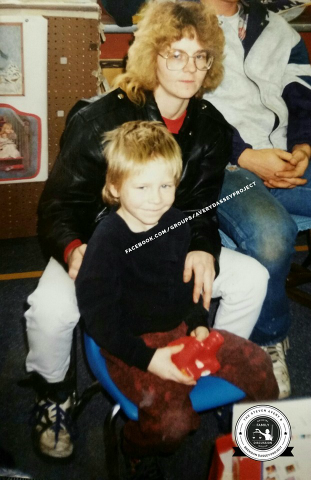 What I find just as infuriating, is when you get done with watching MaM and you search the Internet for anything you can on the case as you just want to know what wasn’t included in the documentary, and what do you find about Brendan? Go Google his name. I will wait… You find articles on Steven Avery. Now go look for him on Wikipedia. Steven’s page comes up. This case isn’t just about Steven Avery. Brendan Dassey was taken into custody at just 16-years-old. He has been in prison for going on 10 years now. Why isn’t there more out there about Brendan?

Brendan is currently in Columbia Correctional Institution in Portage, WI. He is doing as well as he can there. He has a cellmate he likes who is helping him get into shape. Brendan enjoys getting letters from people and he does the best he can to write everyone back. Brendan’s contact information is posted at the end of this article. 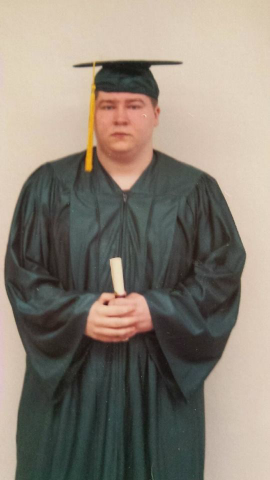 In one of his letters, Brendan told me a little bit about some of the things he likes:

Video game – Any Need for Speed

His letters point out that he still is that sweet boy we saw in the documentary. He is thankful for the attention his case is now getting and he is hopeful that there is an end to his incarceration in sight.  He is stuck waiting as his lawyers filed for him to get a new trial around 9 months ago and they are still waiting for the decision. It could come in 2 days; it could be another 9 months. Our system is just so slow and is in desperate need of reform.

So where do we start? I worked with Injustice Anywhere to create a petition on Change.org asking Wisconsin lawmakers to pass Brendan Dassey’s Law. Here is the direct link:

I didn’t know until I watched MaM that it wasn’t illegal to question a minor without a lawyer or parent present. I was appalled to find out that it isn’t illegal anywhere in the United States. So they can pull Brendan out of school, not tell his parents where he is, and ask him anything they want. That’s unreal to me. What Brendan Dassey’s Law is looking to do is to make it so there has to be a lawyer present to interrogate a minor, and the minor can NOT waive their rights to counsel. We have already seen how Brendan was manipulated, and you just know if you didn’t add that last part they would just talk a kid into waiving their rights. We understand that it may be difficult to get an attorney to some areas in a timely manner, so they have to at least have a lawyer on Skype or talk to them on the phone. They have to have some contact with a lawyer, someone who knows their rights. 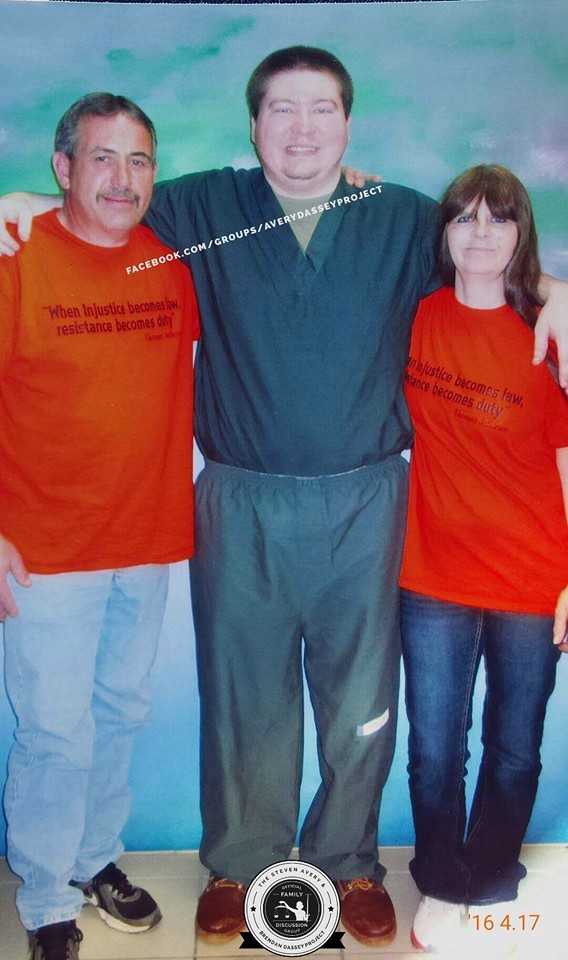 I have a 22-year-old son and if he were brought in for questioning I would much prefer him to have an attorney in the room with him than his father or me. I don’t know the full extent of the law. I think I could be intimidated by law enforcement or I could be tricked. You can say that you wouldn’t. People talk a big game all the time, but you truly don’t know what you’re up against until you’re in the situation. A good lawyer knows what they are doing.

Of course, you have the Len Kachinsky’s out there who just plain suck. Strang and Buting talk all the time about how court appointed lawyers don’t make squat for the amount of work they do. So you’re just going to get crappy representation who just want to get the case handled the quickest and easiest way possible. Meanwhile the prosecution has thousands upon thousands of tax payer dollars to spend on their experts and tests. As Steven says, “Poor people lose. Poor people lose all the time.” With that said, even a bad lawyer like Kachinsky will tell a client to remain silent when police first attempt to question them as a suspect. 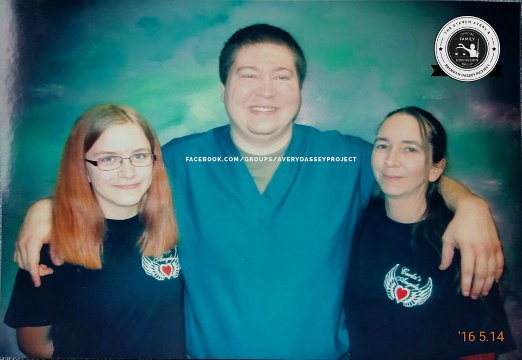 The longest road begins with a single step. We are starting by trying to get the Brendan Dassey Law passed in Wisconsin, and then we plan on going to every state one by one. We are having a hard time getting the petition attention though, as we only started a little while ago and the frenzy of attention this case brought on has diminished. Unfortunately, there was a flurry of bad petitions written early on, and people appear to be a little petitioned out right now. People feel it won’t do any good to sign. Believe me when I say that this petition is different. We need at least 100,000 signatures before it will be taken seriously. I hope you will sign it and share it on all your social media to help us get this passed.

People have said that this law will never pass having Brendan’s name on it, since as of now, he is a convicted rapist and killer. I beg to differ. Whether or not Brendan Dassey is guilty (And he’s “the complete and innocent Brendan Dassey”), the fact remains he was questioned without representation. Do you want your child brought in and questioned without a lawyer present? If not, then why is it okay that it happened to Brendan? Plus, if this law was in effect during Brendan’s interrogation, there would be no need to fight for it now. It’s a common sense law. Keep in mind that it protects the prosecution’s case just like it protects the defendant. It’s a win for everyone. 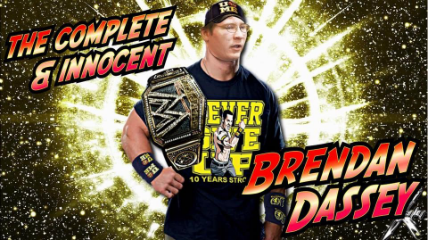 We are proud to announce that we have organized a worldwide rally that we are calling “We Stand 4 Innocence” (#WeStand4Innocence). Our rally is in support of both Brendan Dassey and Steven Avery. We have many rallies scheduled across the United States on June 11th as well as the UK. Ireland and Australia have rallies scheduled as well, but they will be doing their rallies on different days. The Megans (who organized the last Manitowoc Rally back in January) and I are organizing the Manitowoc Rally. Unfortunately, Manitowoc County is not being helpful, but this rally will take place no matter what. If you would like to get involved, you can check out our Facebook Event page for more information:

If another location is better for you, you can search “We Stand 4 Innocence” on Facebook and you will be able to find the other event locations.

How can you help Brendan?

You can donate directly to Brendan’s canteen here:

To send mail WITHOUT MONEY ORDERS:

Do NOT send self addressed envelopes with stamps inside and always make sure your full name & return address is listed in envelope. He cannot write back to underage individuals, so best to have parents write the letter.

To send money to Brendan’s Canteen:

Your donation has to be in the form of a MONEY ORDER or CASHIERS CHECK, and I was told that Western Union also works. DO NOT SEND CASH to this address. Make sure your full name, doc#, and your address, are on the money order or check (or they will send back).

If you would like to buy him stamped envelopes etc., you can do that here:

You can donate to Brendan’s defense here:

Brendan wasn’t the first child to be manipulated by law enforcement, and he certainly wasn’t the last. We owe it to our children to do everything possible to put an end to these tactics which work to manipulate minors.

Please remember Brendan Dassey. Please don’t allow him be overshadowed by all the attention given to Steven Avery. Both deserve equal attention as they fight for their freedom.