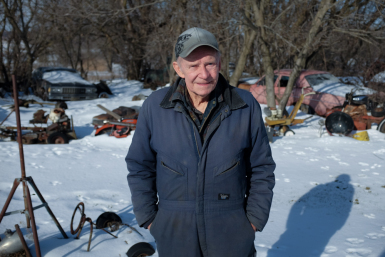 Steven Avery’s former neighbor said he saw things around the time of Teresa Halbach’s murder that raise a lot of questions – and no one has asked him about it before.

The recent Netflix documentary series Making a Murderer has made international headlines and raised many questions surrounding the 2005 murder of Halbach in Manitowoc County, Wi. and the subsequent trial that convicted Steven Avery and Brendan Dassey in crimes related to murder.

One of the key pieces of evidence in the case was Halbach’s blue/green Toyota Rav4 discovered by a volunteer search party in the rear area of Avery Auto Salvage on November 5th, 2005.

On the southeast side of the Avery Auto Salvage, off Jambo Creek road directly beside the entrance to the quarry behind the yard lives Wilmer Siebert, a man in his 70s who considers himself friends with the Averys.

Siebert said he saw what he thinks might be Halbach’s Toyota Rav4 accompanied by another vehicle, a mysterious white Jeep, “days” before the search party found the Rav4 on the salvage yard. Read more >>